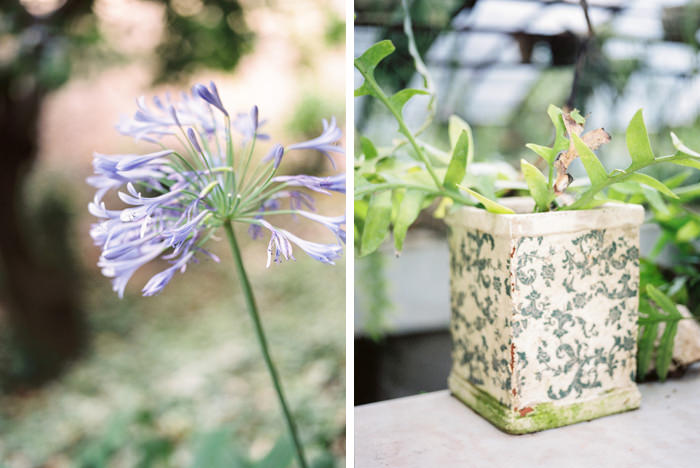 We are half way through the wedding season in Spain and I think I’ve already had my favourite wedding of 2015…and so far this year, my only wedding in Malaga! This wedding in Jardin Botanico de la Concepcion

Pilar and José, from the North African Spanish town of Melilla, celebrated their Andalucian wedding in Malaga on a beautiful sunny day. They chose to marry in this historic city because of its fantastic scenery and the beautiful surrounding areas.

The first moment I met Pilar I knew we were kindred spirits. She had asked me to be their wedding photographer in Malaga because I’m local to the area and she loved my romantic style.

I accompanied her to the boutique of dress designer Rafael Urquizar, and I was the only other person to see her wedding dress. This meant so much to me as, during the run up to the big day, we became closer as friends and I think that my admiration for the couple really shows in my photography.

Pilar’s dress was one of the most beautiful and original dresses I have seen (and I have seen many!). It was made up of two pieces, a jewel-encrusted top and floaty skirt, that with her slim figure was the epitome of timeless sophistication and class. She accompanied the dress with silver sandals and a simple pony tail in her hair…it was understated elegance at its very best.

José wore a smart blue suit, braces and bow tie. He had me laughing all day and was a pure gentleman. The love between them was palpable throughout the day and I was so impressed at how well he posed for me – like a real model! wedding in Jardin Botanico de la Concepcion

Their civil wedding was held in Palacio Montemiramar, a stately wedding venue with lush gardens and fantastic views of the city. The ceremony was followed by the cocktail reception in the garden around the pool. Guests were wowed by the sounds of an amazing live band that Pilar and Jose had discovered a few months previously in the streets of Malaga, in Calle Larios, where they asked them to perform at their wedding. In fact, the band was so good that guests started dancing straight away before they had even sat down to dinner, meaning the party was in full swing hours before planned. wedding in Jardin Botanico de la Concepcion

The wedding at in Jardin Botanico de la Concepcion was styled by Wedding Makers. The decorations were rustic and the thoughtful couple had even provided everyone with hats to shield them from the blinding sun. On each table the guests were left a gift with a personal note, hand written for each person. Even I got one! It was fantastic to see how much Pilar and José are loved by their guests, friends and family.

Because Pilar and José chose to marry midday in our scorching Andalucian summer, the sun was at its hottest and not comfortable enough for us to shoot their romantic couples portraits. Instead we held a wedding session a month later in Jardin Botanico de la concepción, a stunning tropical garden in Malaga.

Look out for more photos of this amazing couple coming soon!