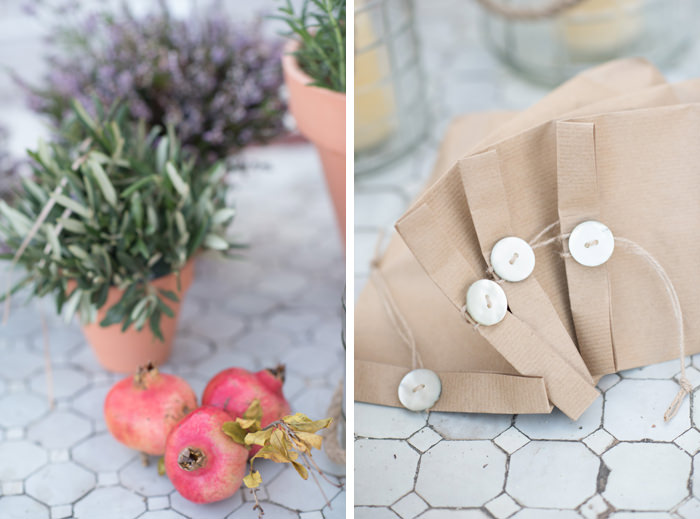 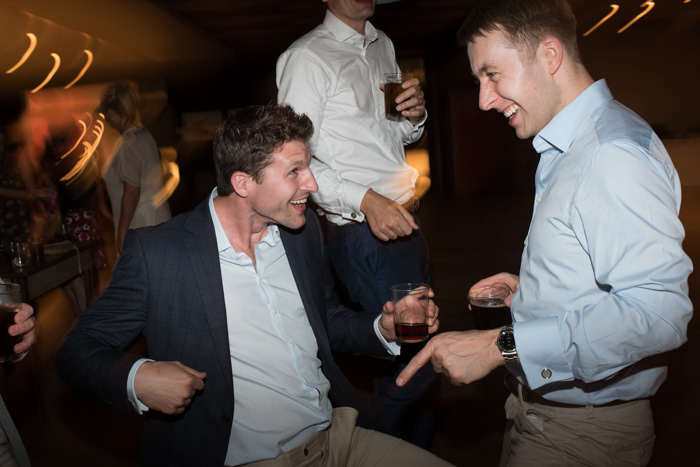 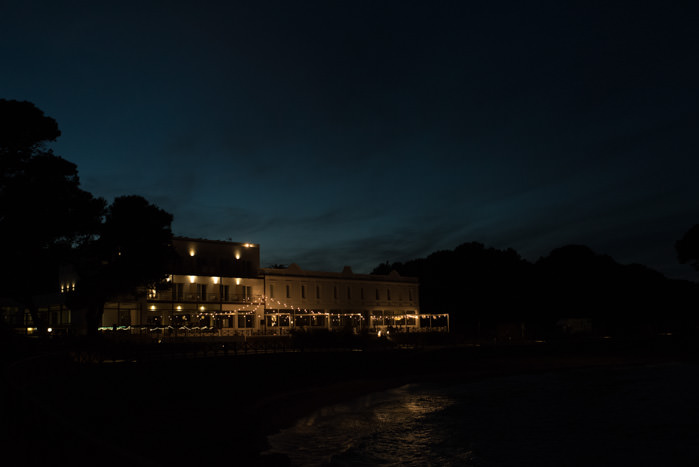 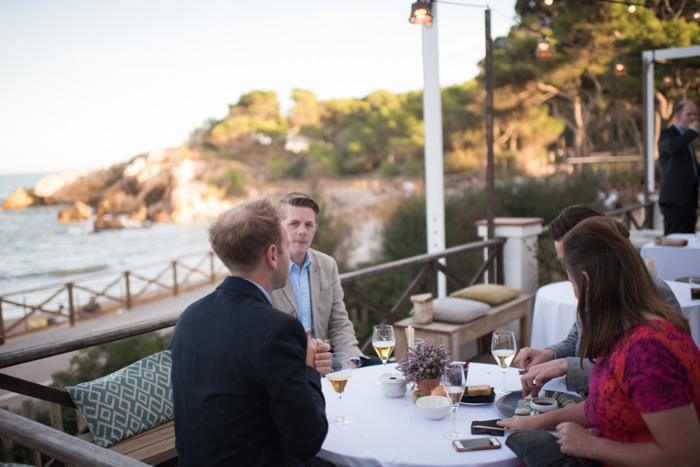 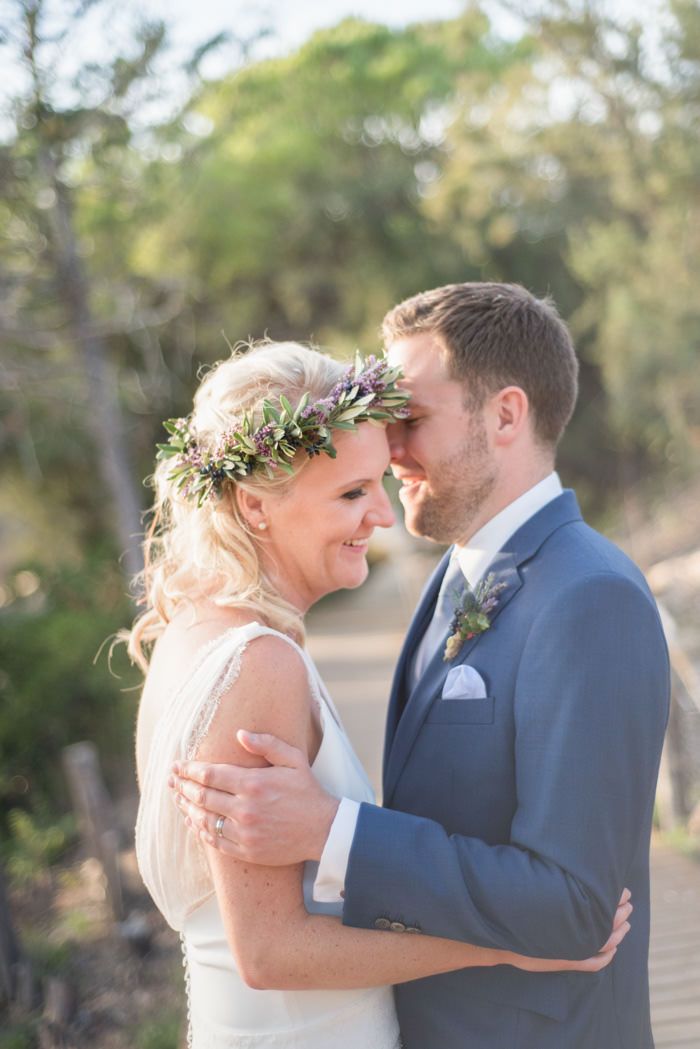 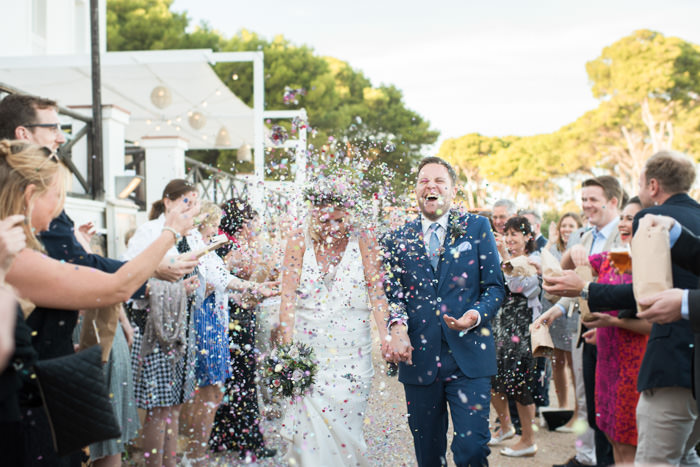 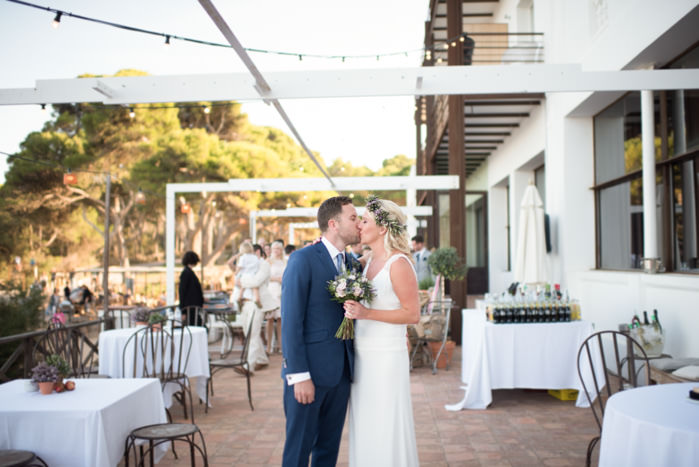 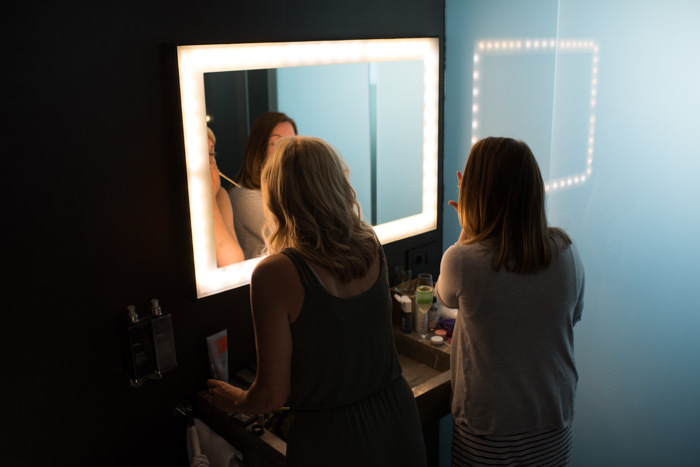 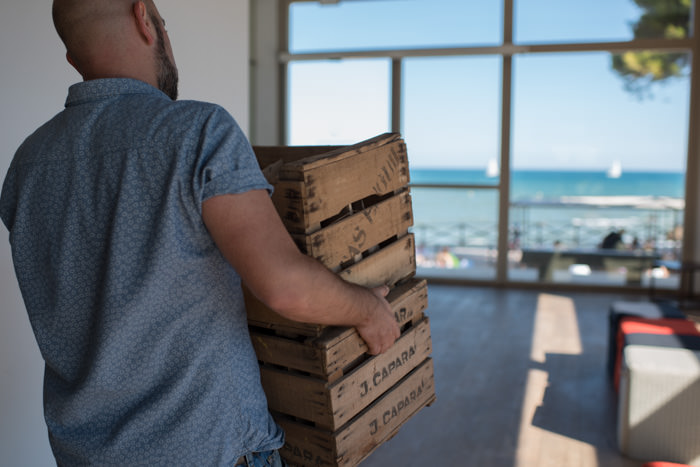 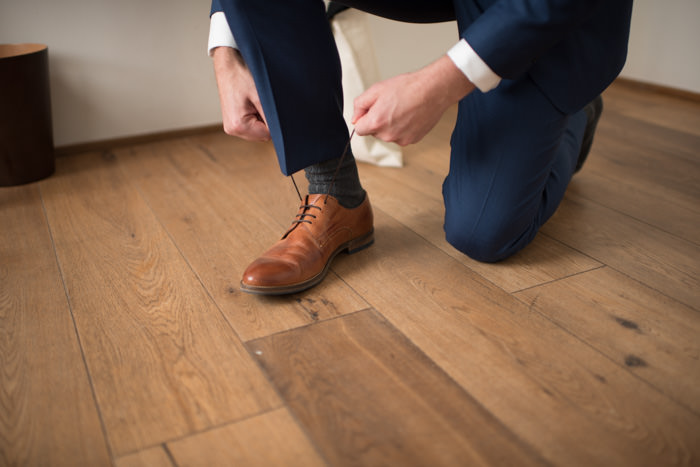 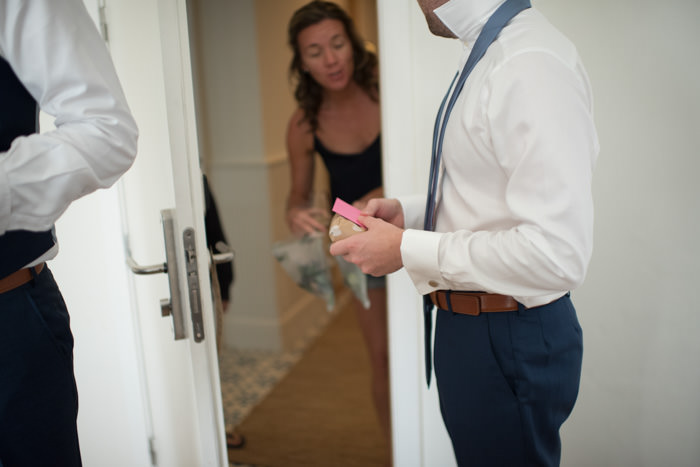 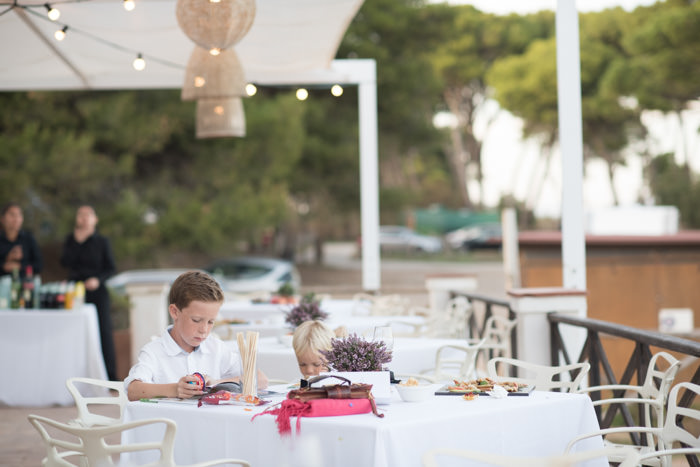 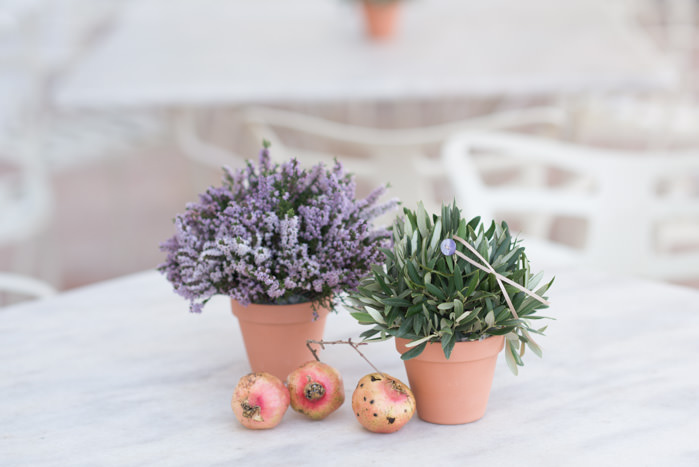 Why a wedding in Hostal Empuries? I have been going on holiday to L’escala since I was little and before the hotel was restored, so going on holiday there every year made it such a special place to get married. Although we absolutely loved everything about the wedding, our only worry is that even more people know how beautiful it is and will want to go back!

The hotel were really helpful – especially with us planning the wedding from London and only visiting them briefly in May. The food was incredible, Biel Gavaldà created us our own bespoke menu which people are still raving nearly 6 months later! Special mention also to the ‘other Mireia’ Mireia Planas who looked after us so well, not only in the run up to the day but on the day itself too and after.

Wedding dress was a Rime Arodaky dress called «Liberty» from The Mews Bridal in Notting Hill London.  Alex’s suit was tailor made from Norton & Townsend in London. My shoes were just from Kurt Geiger, Alex’s were from Dune

Flower Yup from Xavi Montardit of Muguet – literally cant thank him enough. Xavi was fab, given I was in London we shared a Pinterest board of ideas and what my taste was and I was so lucky – he couldn’t have got it more spot on. The flowers and the headdress were beautiful – it doesn’t feel like that does them justice enough – and I was so honoured he was willing to be my florist and let me trust him instinctively as I didn’t see any of them before they day itself.

Daz the hairdresser – from Attitude Hairdressing, Brighton  – how could we forget him! Flown out with his husband not only to do the bridal party’s hair, but because he’s like a member of the family

Make up was by Gemma Soles Maquillaje y estetica L’Escala