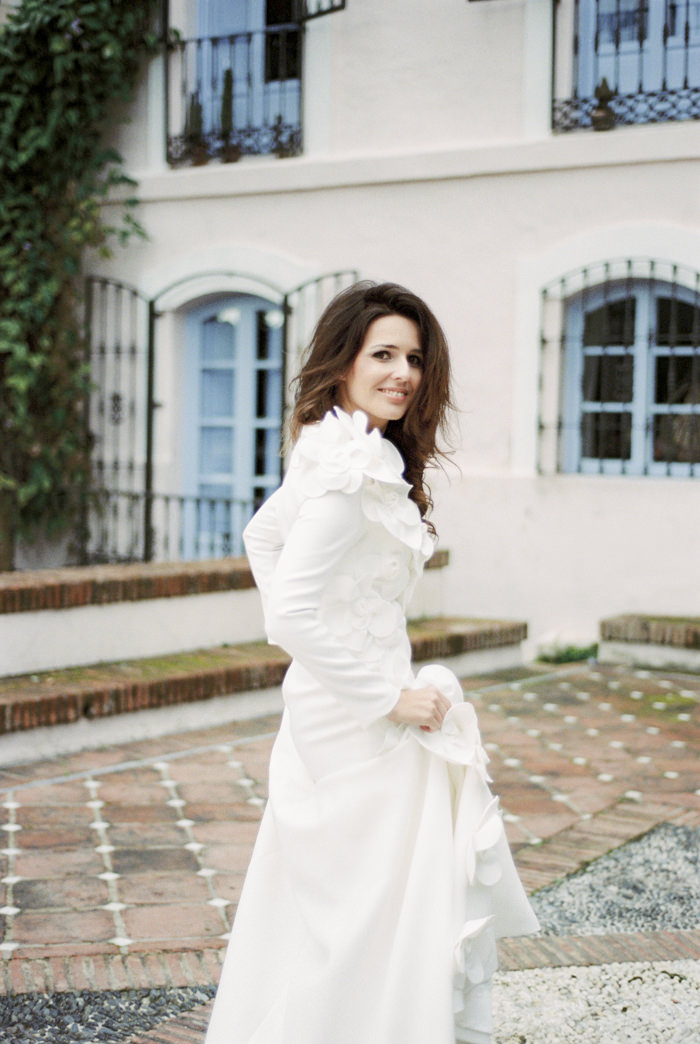 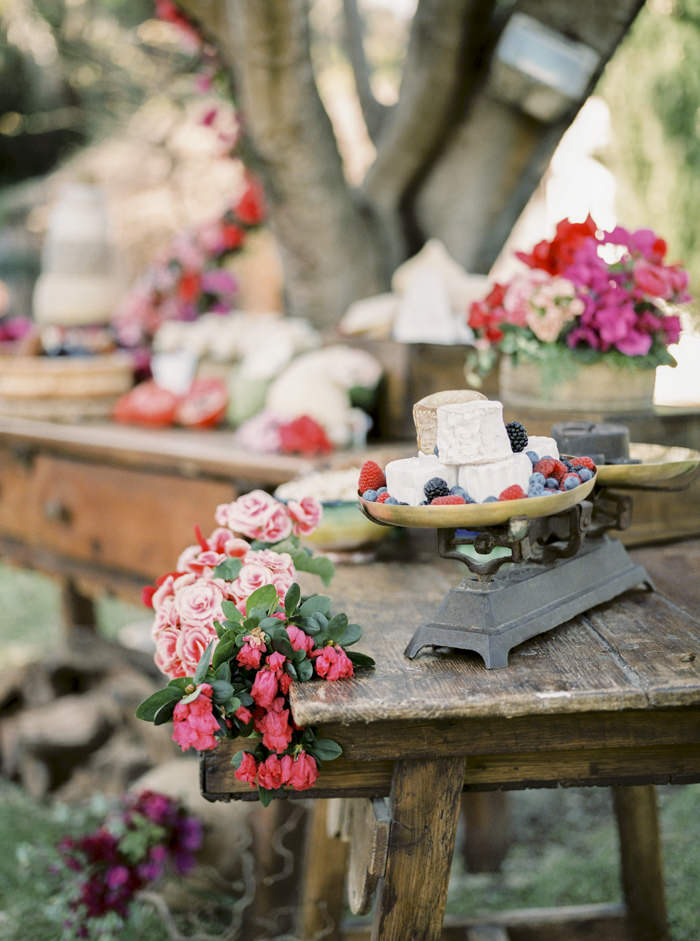 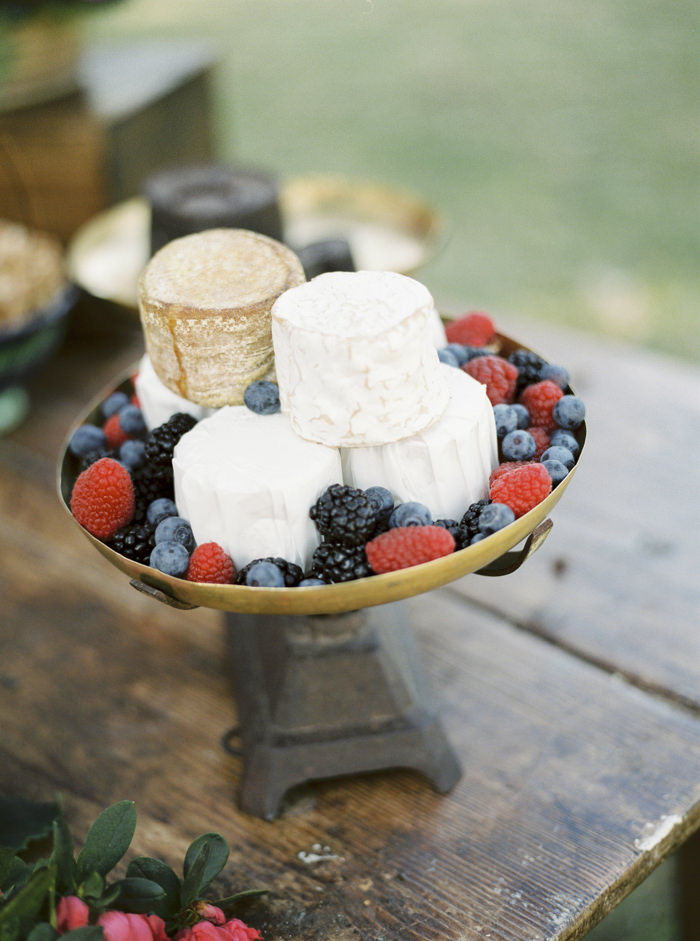 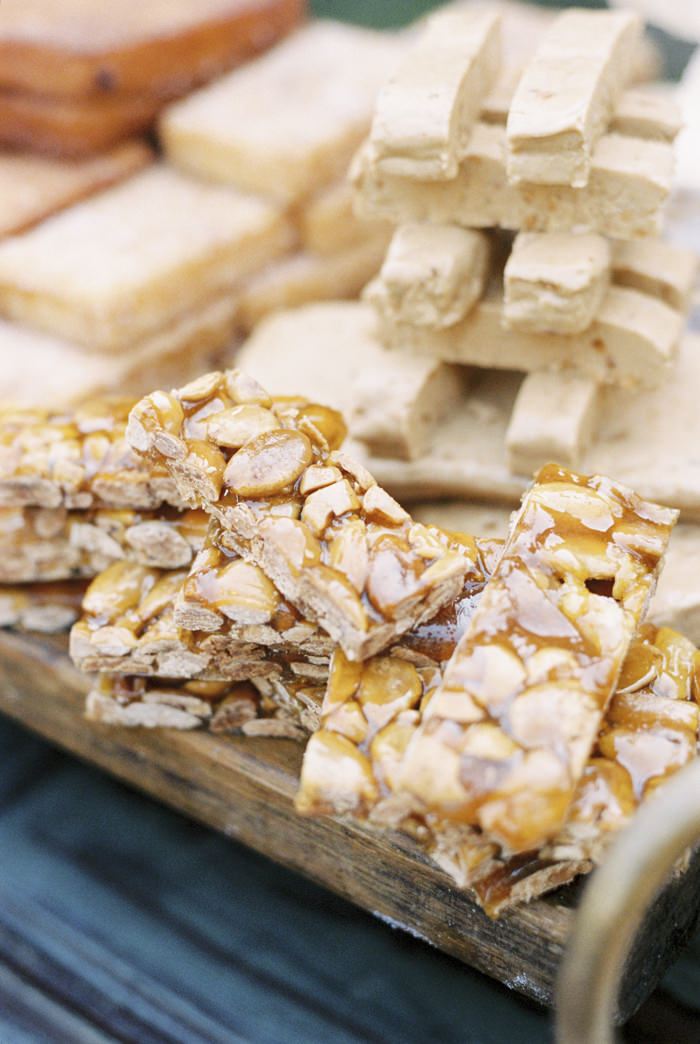 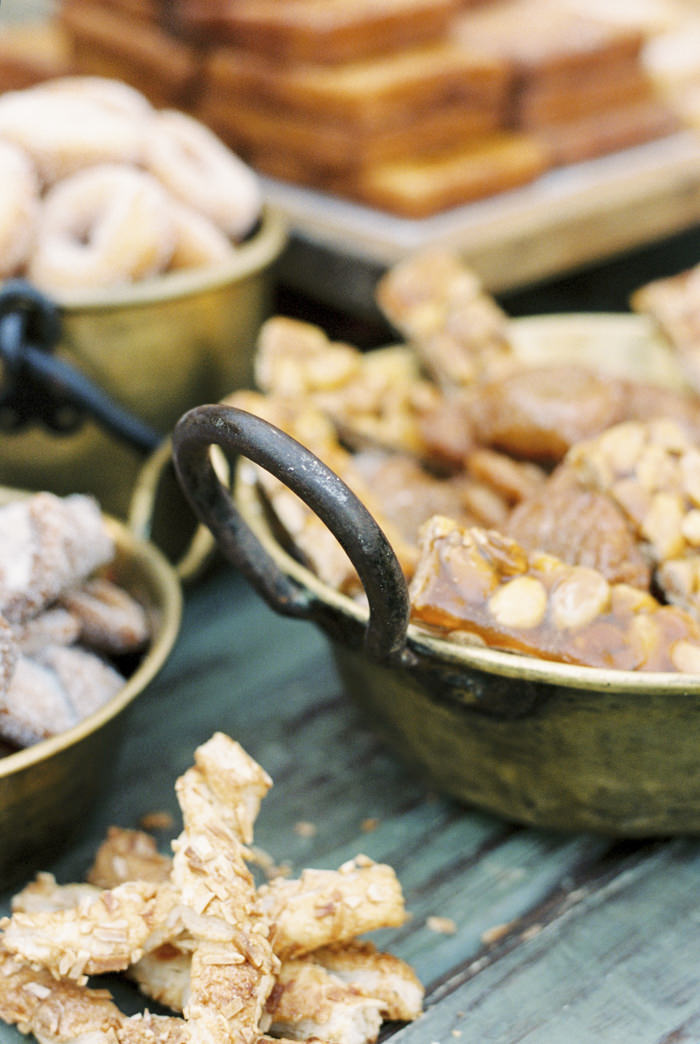 What do you imagine when someone says the words ‘Spanish inspiration wedding’?
Mountains and red roses? Beach and sangria?
Well a wedding in Spain needn´t be tacky or obvious, in fact when I discussed this very theme with renown Spanish planners Caprichia Weddings & Occasions  and the exceptional Marbella-based caterers Goyo they came up with a concept that blew me away. In fact the look was so original and breathtakingly romantic that I was itching to get started shooting their fantastic ideas.

Our recreation took place in a gorgeous finca in Marbella. We wanted the inspirational shoot to feature the things that make Spain great, the things that unite a family and add sunshine to people’s lives…so the styling heavily featured local food, Spanish flowers and a bit of a to the days of old.

The bride, her hair in a latin-style up do, wore an elegant yet simple dress and shoes by Spanish designer Juana Martín. The addition of the shawl, complete with bright red roses, brought together the fabulous ceremonial surrounding of simple wooden chairs and earthenware pots of geraniums and ferns.

What says ‘Spain’ better than eating beneath the fragrant branches of orange trees? We set up the aged wooden table, with authentically worn mis-matched chairs, by a pretty pond surrounded by trees. The linen runners and tall candles added a touch of chic to the rustic surroundings. And of course the flowers, by Marbella-based talented florist VG Florista, were the bright splash of colour needed to complete the romantic scene. She used an eye-catching mix of red, pink and cerise carnations and bougainvillea mixed with roses, eucalyptus and grasses to bring a feeling of the outdoors to the table.

The sun shone down on us as we set up food tables nearby for guests to enjoy after the reception.
As the planners creatively laid out the fare, all you could hear was the distant hum of bees and the occasional chirp of the cicadas. And what a selection of local produce!

Instead of a traditional wedding cake (who wants their buttercream icing melting in the sun?) we opted for a magnificent cheese tower. The table was a treat for the eyes full of locally sourced cheese such as Manchego, Valdeon Blue, Mahon, Tetilla and light goat’s cheeses. We used traditional hand-painted ceramic bowls and antique wooden furniture to bring the indoors out – along with bright spots of colour through the use of Spanish fruits such as grapes, passion fruit and berries.

Beside the cheese we set out the bread and olive oil – Spain’s staple diet. The bread had been baked especially for us that morning by Goyo and his team, and the scent of it along with the marinated olives and herbs was amazing. The concept was that guests would be encouraged to pick at the food as they mingled with one another, Spanish style (no need for the formality of plates and cutlery). A dip of the organic bread into the dark green oil, cold pressed from the Andalucian mountains, followed by your own mini paper cone filled with cured Jamón pieces and cubes of local chorizo and salchichon cured sausages. This was accompanied by ripe cherry tomatoes, still on their vine, and of course plenty of wine!

Lastly (and perhaps the most anticipated) was the dessert table. Goyo had really outdone himself here with his creative interpretation of the traditional Spanish treat – Churros. These long fried donuts are covered in sugar and normally eaten for breakfast with a silkily dark chocolate drink. Goyo transformed this dish into mini shot glasses complete with diced donuts to dip inside. Along with them were a selection of Spanish pastries and turron (an almond-based delicacy)….a sweets table for proper gastronomical grown-ups.

We hope you have enjoyed our interpretation of a true traditional Spanish rustic wedding. Because, like anything of importance in Spain – as long as your surroundings are stunning, the food the best you can get and the sun shining – then you will have a day to remember!